Climate change is considered as one of the pressing environmental issues in the world today, which influences several sectors in the economy, including agriculture. This study analyzes the perception of farmers on the impacts of climate change in Malinao Dam community situated in Pilar, Bohol. Data were gathered in three selected barangays (Estaca, Buena Suerte and San Isidro) from November to January 2014. Mitigating measures and adaptations in response to climate change were also investigated. Eighty percent (80%) of the respondents claimed that they have enough knowledge on climate change, which they mostly learned from their own experiences and observations. Some perceived causes of climate change mentioned by the respondents include burning garbage, cutting trees, burning forest and overpopulation. The main use of Malinao Dam is for irrigation but 90% of the farmers answered that there is no enough water for their rice fields, causing their yield to decrease and their lands to become unproductive. Adaptation measures mentioned include using new rice varieties, construction of water pump systems and planting drought-tolerant crops. Mitigating measures recorded include tree-planting activities, river clean-up, and solid waste segregation programs. Most of the respondents mentioned that the policy direction of the government may focus on continually educating the community about climate change. Furthermore, it is recommended that information drive, awareness campaign and capacity building activities should be done by relevant agencies in the grassroots level to encourage localized actions. 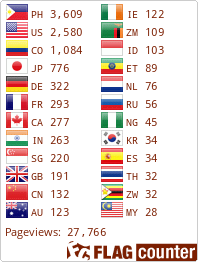